On the eve of last week’s General Election, betting company JenningsBet sent an email to all its staff about the significance of their vote. It was an email that raised sufficient concern that one of them send a copy to the SKWAWKBOX: 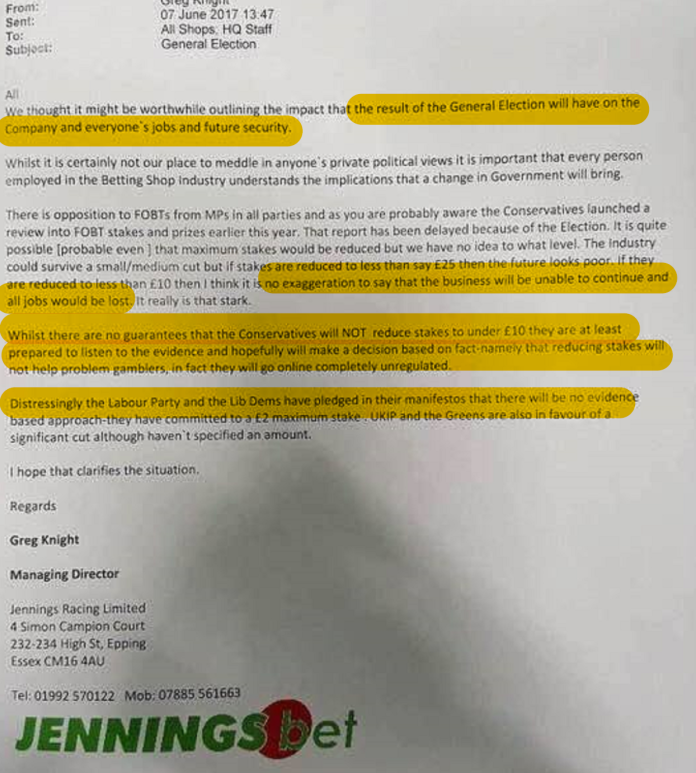 ‘FOBT’ stands for fixed odds betting terminals, a subject of controversy because of their alleged influence on potential gambling addiction.

The SKWAWKBOX spoke to Mr Jennings at some length and he commented:

Look, as I said in the email it’s not my place to tell anyone how to vote but I thought it was important for everyone to have the facts. There are MPs involved in the campaign against FOBTs who are extremely well-intentioned but the campaign and the unofficial parliamentary group behind it are funded by casino, hospitality and amusement arcade groups, who obviously stand to gain if there are no betting shops on the high street…